Wisteria Cottage in June 2015 - think the owner knows what happened upstairs way back when? 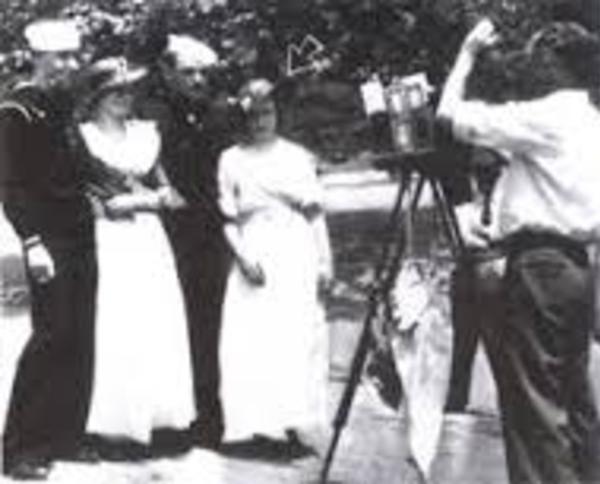 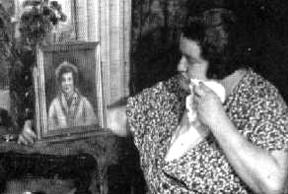 Albert was a painter by trade and claimed to have worked in 23 states from New York to Montana.  How much hairless goat he sampled is not known. 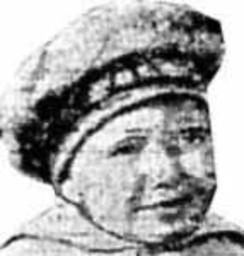 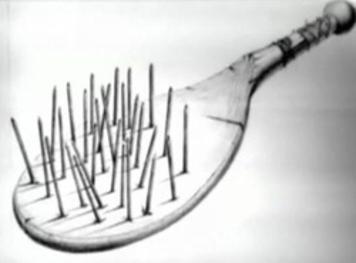 Albert and Grace walked north (to the right) and then west along Peter Bont (Mountain) Road, Wisteria Cottage being on their right.  In 1928 they would have needed to cross the Saw Mill River Parkway, which ran slightly west of and parallel to the railroad track.

Albert doted on his granddaughter Gloria, who reminded him of Grace.

Worthington - a flag stop station on the Putnam Division of the old New York Central railroad between Woodlands and Elmsford.  Albert and Grace detrained here and walked the rest of the way to her death.  How can trains run in opposite directions if there's only one track?  One train is switched over to a siding or loop track and waits for the second train to pass then is switched back to the main track. All single track railroad right of ways have sidings every few miles.

This picture appeared in the Daily Mirror on Monday June 4, 1934 during Fleet Week in New York City.  Adele Miller of Brooklyn clipped and mailed it to Mrs. Budd with a note that she believed the young woman pointed to by the arrow was Grace.  Mr. and Mrs. Budd brought the picture and note to Detective King in the Missing Persons Bureau.  The city newspapers reported the girl was tentatively identified as Grace Budd.  That Thursday a 16 year old named Florence Swinney appeared at the Morrisania police station in the Bronx to report she was the girl in the photo.  Albert read the story.  He now knew the Budd's current address.

For six years Detective King continued to pursue the Budd case.  During that time he was involved in other investigations, most notably the disappearance of NY Supreme Court Justice Joseph Force Crater in August 1930, although he never gave up his search for the young girl and her abductor.  One ploy he used was planting false stories about the case in the papers, which always resulted in the police receiving phone calls and letters from people claiming to know something.  All tips turned out to be false leads but King kept trying.  His main outlet for these fabrications was Walter Winchell's column "On Broadway" appearing in the Daily Mirror. The one published on November 2 stated a cocaine addict being held at Randall's Island was talking about what really happened to Grace.  On November 11 a letter addressed to Delia Budd was mailed from the Grand Central Annex post office in Manhattan.

A cockroach led to Albert's arrest, but you'll have to find out about that on your own.

Think it doesn't get worse than Albert?  Regard Herman Mudgett. 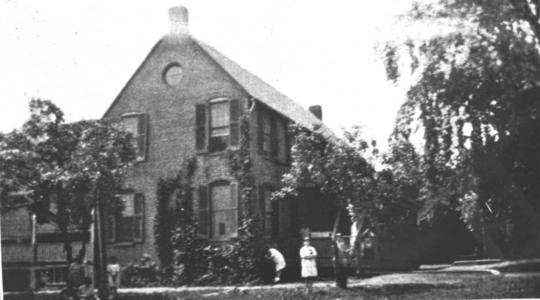 William F. King -  the New York City detective whose personal quest was to find out whatever happened to Grace Budd. 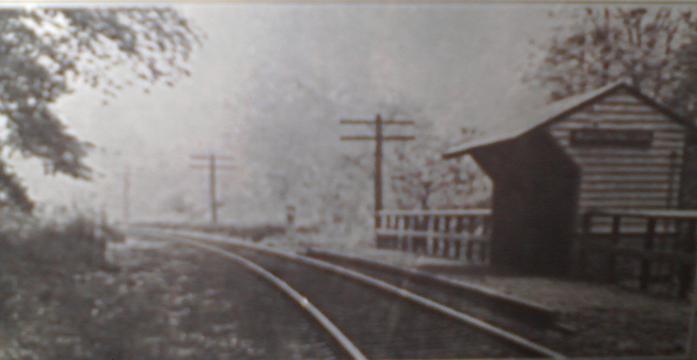 Key To The
Highway

Delia Budd with picture of Grace 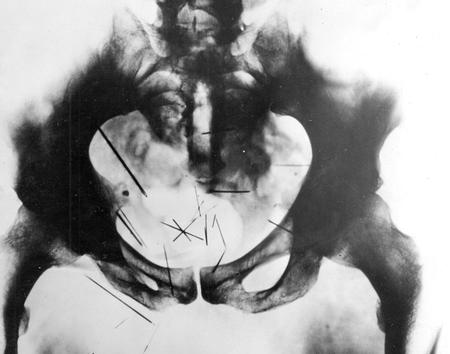 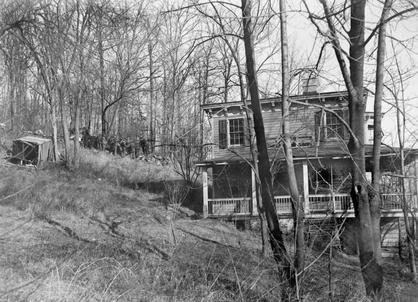 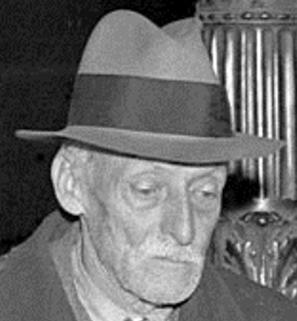 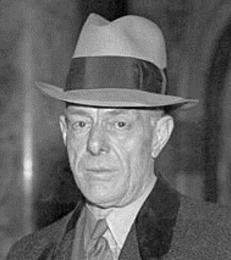 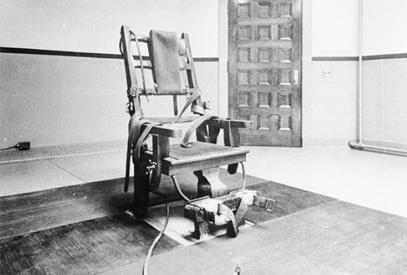 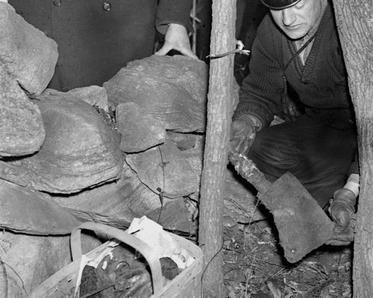 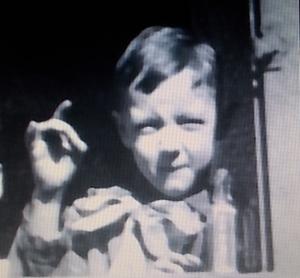 An electrocution play by play 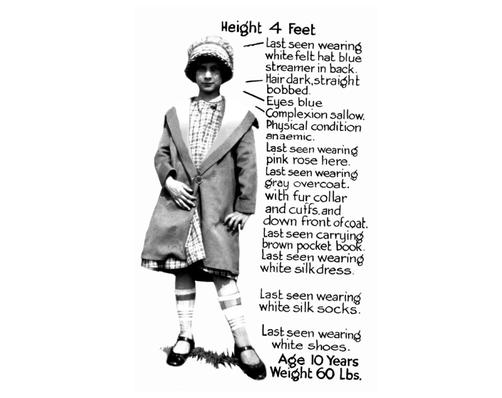 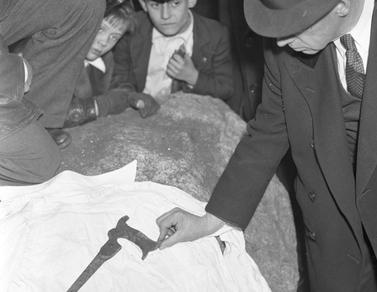 When Albert's wife left him in 1917 (taking all the furniture with her) he raised his six children Anna, Gertrude, Albert, Henry, John and Eugene as a single parent without eating any of them.

Albert was born in Washington, D.C.  His father Randall, a Potomac river boat captain, fertilizer manufacturer and 32nd degree Mason, was 75 years old at the time, 43 younger than his wife Ellen.  He nicknamed his youngest son "Stick In The Mud".  When Randall died Albert's mother sent the five year old boy to St. John's Orphanage (pictured on the right).  He changed his first name from Hamilton when tauntingly christened "Ham 'n' Eggs". In his years there he was often whipped by the staff and abused by the older boys.  He later paid it forward and more. 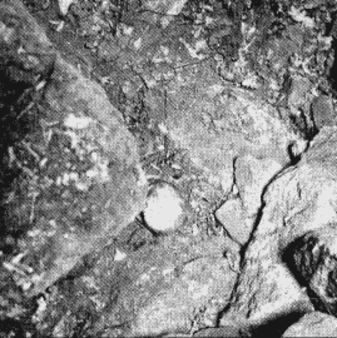 To learn more about this man and his crimes you will want to read  Deranged: The Shocking True Story of America's Most Fiendish Killer! , by Harold Schechter (originally published in 1990).
For your viewing pleasure, the following are recommended:
Albert Fish: In Sin He Found Salvation  (2007) A John Borowski film featuring an interview with the artist Joe Coleman, in which he explains how he obtained the Delia Budd note.
The Gray Man  (2007) Starring Patrick Bauchau and Jack Conley.

An implement of hell 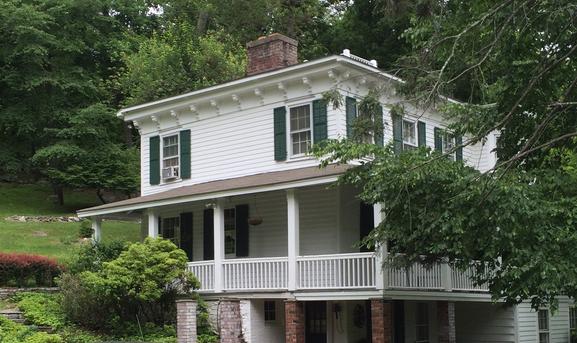 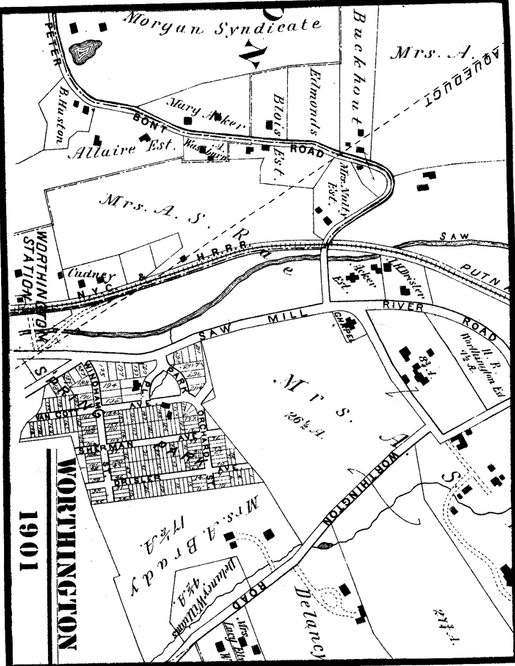 On Monday November 12, 1934 Mrs. Delia Budd, residing at 135 West 24th Street in the Borough of Manhattan of the City of New York, received the following letter.  The subsequent police investigation led to the arrest and conviction of the oldest man ever to be executed at Sing Sing Prison in Ossining NY.

My Dear Mrs. Budd,
In 1894 a friend of mine shipped as a deck hand on the Steamer Tacoma, Capt. John Davis. They sailed from San Francisco for Hong Kong China. On arriving there he and two others went ashore and got drunk. When they returned the boat was gone. At that time there was a famine in China. Meat of any kind was from $1-3 Dollars a pound. So great was the suffering among the very poor that all children under 12 were sold to the Butchers to be cut up and used for food in order to keep others from starving. A boy or girl under 14 was not safe in the street. You could go in any shop and ask for steak-chops-or stew meat. Part of the naked body of a boy or a girl would be brought out and just what you wanted cut from it. A boy or girls behind which is the sweetest part of the body and sold as veal cutlet brought the highest price. John staid there so long he acquired a taste for human flesh. On his return to N.Y. he stole two boys one 7 one 11. Took them to his home stripped them naked tied them in a closet. Then burned everything they had on. Several times every day and night he spanked them-tortured them-to make their meat good and tender.  First he killed the 11 yr old boy, because he had the fattest ass and of course the most meat on it. Every part of his body was Cooked and eaten except head-bones and guts. He was Roasted in the oven (all of his ass), boiled, broiled, fried, stewed. The little boy was next, went the same way.  At that time, I was living at 409 E 100 st., near-right side. He told me so often how good Human flesh was I made up my mind to taste it. On Sunday June the 3-1928 I called on you at 406 W 15 St. Brought you pot cheese-strawberries. We had lunch. Grace sat in my lap and kissed me. I made up my mind to eat her. On the pretense of taking her to a party. You said Yes she could go. I took her to an empty house in Westchester I had already picked out. When we got there, I told her to remain outside. She picked wildflowers. I went upstairs and stripped all my clothes off. I knew if I did not I would get her blood on them. When all was ready I went to the window and Called her. Then I hid in a closet until she was in the room. When she saw me all naked she began to cry and tried to run downstairs. I grabbed her and she said she would tell her mamma. First I stripped her naked. How she did kick-bite and scratch. I choked her to death, then cut her in small pieces so I could take my meat to my rooms, Cook and eat it. How sweet and tender her little ass was roasted in the oven. It took me 9 days to eat her entire body. I did not fuck her tho I could of had I wished. She died a virgin.

Please note this unholy missive is now on display in Joe Coleman's Odditorium.

Albert enjoyed the works of Edgar Allan Poe as well.  It is not known whether he was acquainted with those of the Marquis de Sade.

Electrocution is a portmanteau of electric and execution.

Albert told Frederic Wertham, a psychiatrist who later became (in)famous for his book The Seduction of the Innocent  detailing how comic books were the ruination of American youth, that he especially liked taking colored children because the police didn't look very hard when they went missing.

Albert read the Scriptures for solace and guidance - Happy shall he be that taketh and dasheth thy little ones against the stones.  (Psalm 137:9)