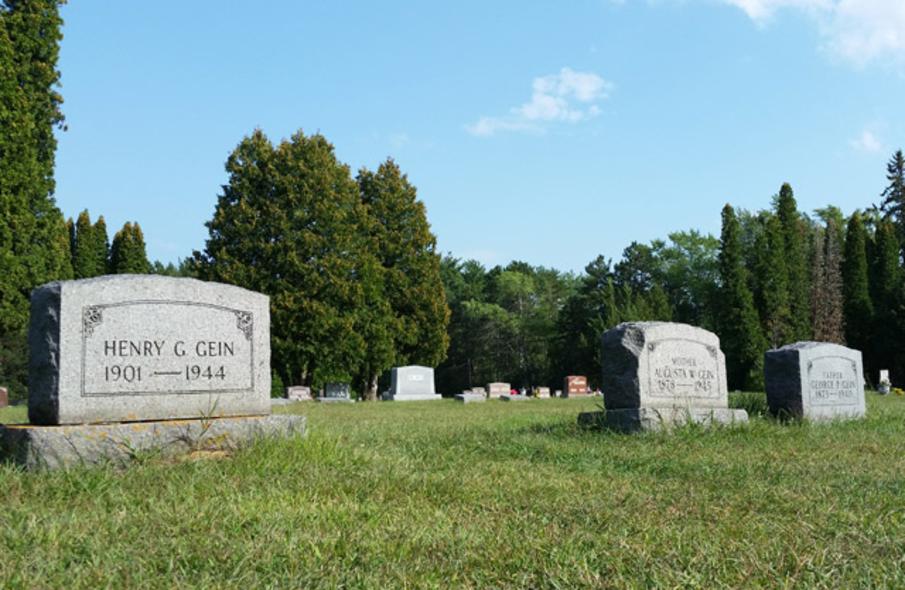 What did Ed keep in his cookie jar?  Lady fingers. 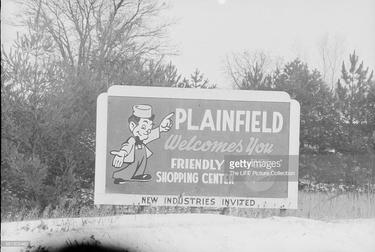 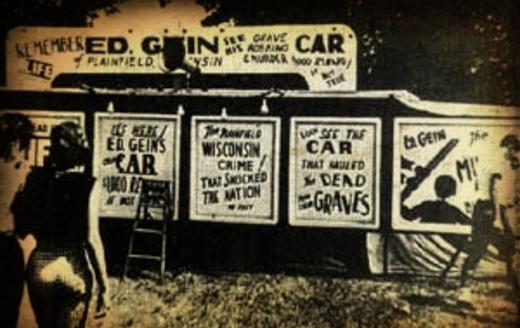 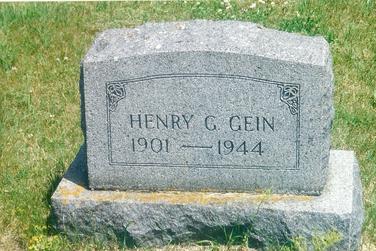 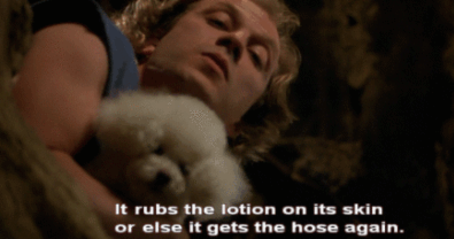 He drank until he finally stroked out.

Why did Ed keep the heat on in his house?  So the furniture wouldn't get goosebumps. 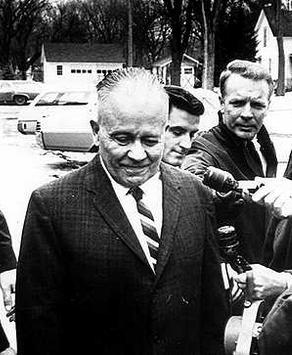 Ed kept Bernice's head in a burlap sack by the stove.  He took the cash register too, just to figure out how it worked.

Bernice all trussed up and dressed out, hanging in Ed's summer kitchen. 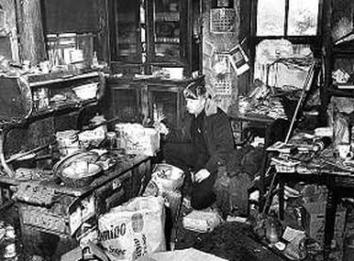 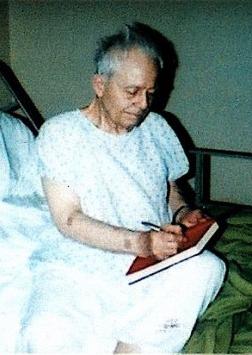 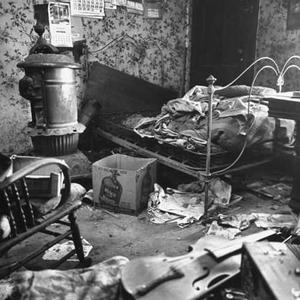 What really happened during that marsh fire?  Was it Cain and Abel redux? 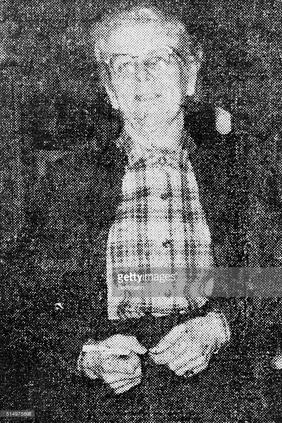 Ed near the end, dying of respiratory failure due to lung cancer at the Mendota Mental Health Institute in Madison, Wisconsin. He was buried close to Mother in Plainview Cemetery. 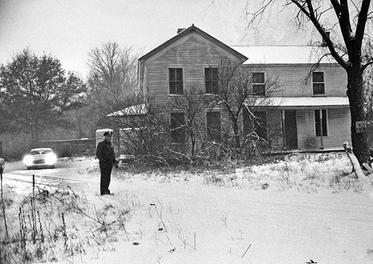 What did Ed say to the sheriff who arrested him?  Have a heart.

Mary in the Box -  I'll bet Weegee wished he took this shot! 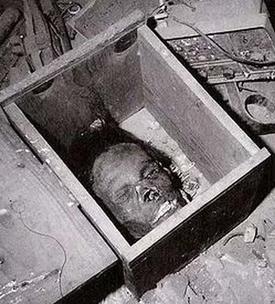 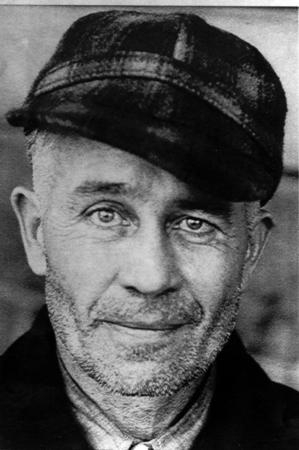 According to Charlie Hintz in a 11/16/17 article on his Cult of Weird website,  Gein’s 150 lb. headstone was discovered missing in June 2000 by caretaker Betty Petrusky (who had also buried him). In May 2001 it was found by Seattle WA police in the possession of Shane Bugbee - ringleader of the "Angry White Male Tour” (a nationwide summer tour of live punk music, art, and oddities), founder of the Ed Gein Fan Club and more recently purveyor of Darth Vader penis enamel pins - and returned to Waushara, where it is now stored in the basement of the police department. 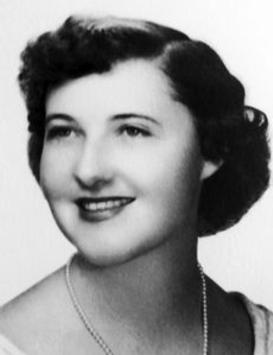 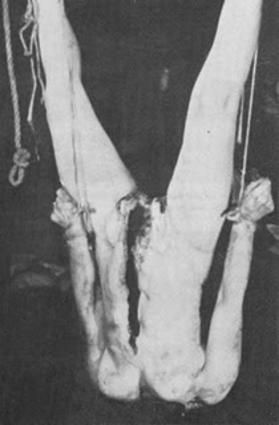 ​Be it ever so humble, there's no place like home.

Ed in 1968 when he stood trial at the Waushara County Court House.  He was found not guilty by reason of insanity.

'Twas the night before Christmas, when all though the shed,
All creatures were stirring, even old Ed.
The bodies were hung from the rafters above,
While Eddie was searching for another new love.
He went to Wautoma for a Plainfield deal,
Looking for love and also a meal.
When what to his hungry eyes should appear,
But old Mary Hogan in her new red brassiere.
Her cheeks were like roses when kissed by the sun
And she let out a scream at the sight of Ed's gun.
Old Ed pulled the trigger and Mary fell dead,
He took his old axe and cut off her head.
He then took his hacksaw and cut her in two,
One half for hamburger, the other for stew.
And laying a hand aside of her heel,
Up to the rafter went his next meal.
He sprang to his truck, to the graveyard he flew,
The hours were short and much work he must do.
He looked for the grave where the fattest one laid,
And started digging with a shovel and spade.
He shoveled and shoveled and shoveled some more,
Till finally he reached the old coffin door.
He took out a crowbar and pried open the box
He was not only clever but sly as a fox.
As he picked up the body and cut off her head,
He could tell by the smell that the old girl was dead.
He filled in the grave by the moonlight above,
And once more old Ed had found a new love.

If you think Ed was nuts check out Albert Fish. 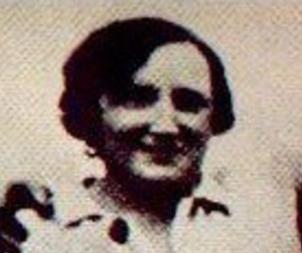 Ed was widely read.  He enjoyed South Seas adventure tales of cannibals and headhunters, and true crime detective stories involving bondage and rape.  He was especially interested in Ilse Koch, the Bitch of Buchenwald, accused of collecting heads and using her flayed victims' skin to make lampshades and book bindings.  Ed learned and was well prepared to start gathering his own trophies, including faces, noses, lips, breasts and vulvas (Mother only proscribed him from playing with one if the owner was still alive and in possession of it).

You also must read Mr. Schechter's 1997 page-turner novel Outcry  based on the legend of Eddie. 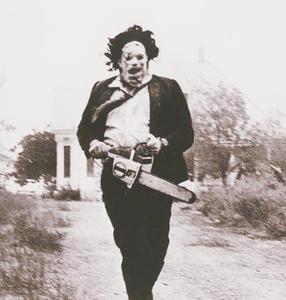 Bernice Worden, owner of the Worden Hardware and Implement Store - on Saturday November 16, 1957, the first day of deer season, she made her final sale - a quart of antifreeze to Ed.  The 99 cents receipt for this purchase was still on the counter and led to Ed's arrest. 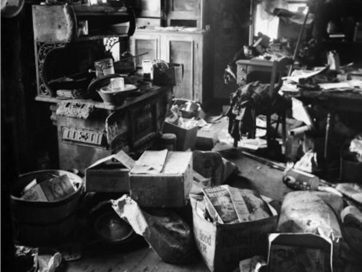 For the complete true story of Ed Gein you need to read DEVIANT The Shocking True Story of the Original "Psycho"  by Harold Schechter (originally published in 1989). Accept no substitutes!

Born of pious German Lutheran stock she counseled her two sons if their lusts became too pressing to resist that the sin of Onan was preferable to the vileness of fornication.  She apparently submitted to her husband only twice. 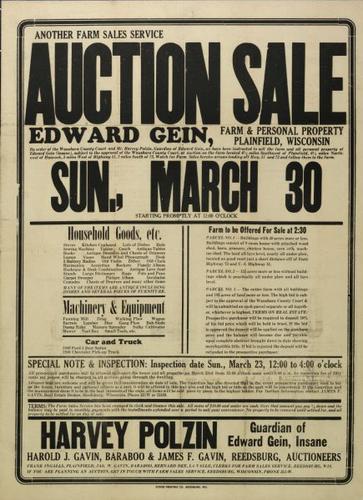 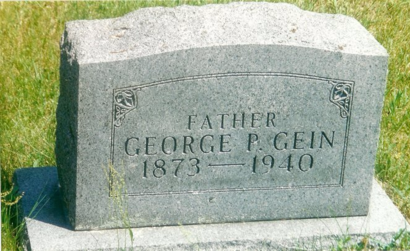 Welcome to Waushara County, the Christmas Tree Capital of the World, located in the great dead heart of the Badger State. 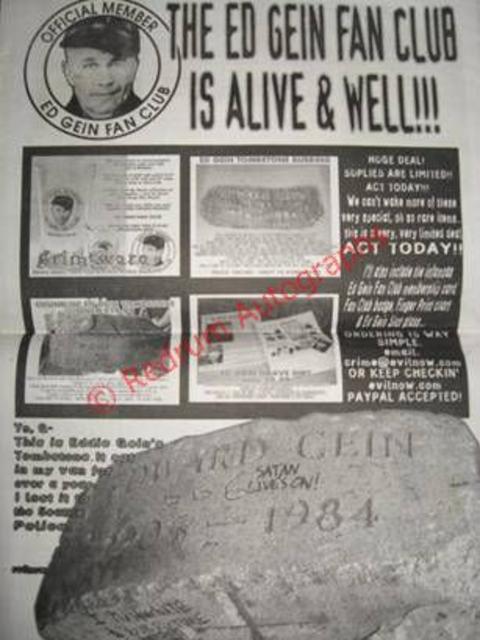 Why did Ed's girlfriend stop going out with him?  Because he was such a cut-up. 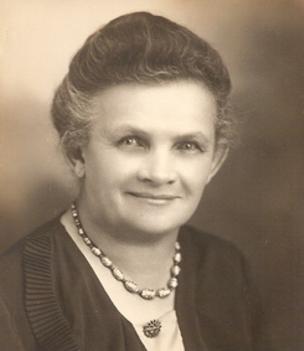 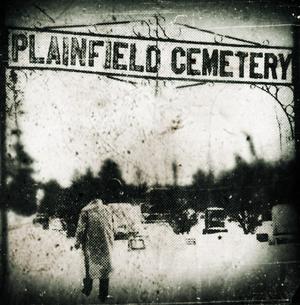 Two other movies based on Ed (the first very loosely) you want to see are: 1) Deranged  (1974) starring Roberts Blossom and directed by that great auteur Alan Ormsby, who also gifted us with Children Shouldn't Play With Dead Things ; and 2) Ed Gein (2000) starring Steve Railsback and Carrie Snodgress. Mr. Railsback was spot-on in Helter Skelter  (1976) as Charles Manson.

A big brassy bawdy twice divorced broad - Ed would often stop by for a beer and to ponder why God allowed his sainted Mother to die and this evil creature to live.  On December 8, 1954 he corrected the cruel injustice.

Why wouldn't anyone play cards with Ed?  He might come up with a good hand. 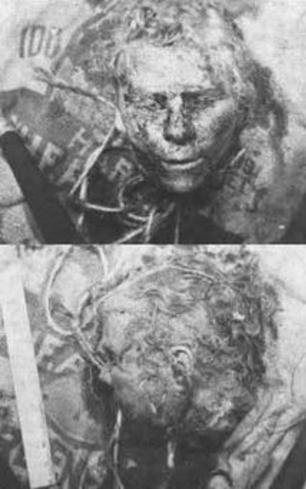 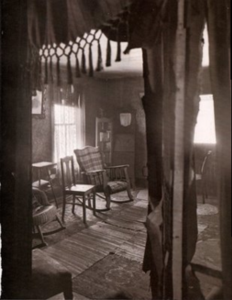 Why did they let Ed out of jail on New Year's Eve?  So he could dig up a date.

Ed was always willing to help you get a head, but it might cost you an arm or a leg.