Why is the rum always gone?

A  Freebooter's  glossary . . .
Schooner (Sailing ship with two or more masts, typically with the foremast smaller than the mainmast and having gaff-rigged lower masts), Foremast (Mast of a ship nearest the bow), Mainmast (Principal mast of a ship, typically the second mast in a sailing ship of three or more masts), Gaff Rig (Sailing rig - configuration of sails, mast and stays - in which the sail is four-cornered, fore-and-aft rigged, controlled at its peak and usually with its entire head by a spar - pole - called the gaff), Fore-and-Aft Rig (Sailing rig consisting mainly of sails that are set along the line of the keel rather than perpendicular to it) Bowsprit (Spar extending forward from a ship's bow, to which the forestays are fastened), Forestay (Piece of standing rigging which keeps a mast from falling backwards), Rigging (System of ropes, cables, or chains employed to support a ship's masts - standing rigging - and to control or set the yards and sails - running rigging), Forecastle (Forward part of a ship below the deck, traditionally used as the crew's living quarters), Captain’s Daughter (Whip made of usually nine knotted lines or cords fastened to a handle, also known as a cat o’ nine tails), Sloop (Sailboat usually with one mast and fore-and-aft rigged sails), Mainsail (Sail rigged on the mainmast - the lowest and largest on a square rigged vessel), Square Rig (Primary driving sails are carried on horizontal spars which are perpendicular - square - to the keel of the vessel and to the masts. These spars are called yards and their tips beyond the last stay are called the yardarms), Jib (Triangular sail set forward of the forward most mast), The Narrows (Tidal strait separating Staten Island and Brooklyn, connecting the Upper and Lower New York Bays and forming the principle channel by which the Hudson River empties into the Atlantic Ocean), Spanish Main (Imperial colonies in the Caribbean Sea and surrounding the Gulf of Mexico, rich in gold, silver and precious gems), Shanghai (To kidnap someone for service as a sailor, usually by force and with the consumption of liquor or drugs involved), Grog (Drink made of rum and water, introduced in 1740 to the British West Indian naval squadron commanded by Vice Admiral Edward Vernon, who typically wore a coat made of grogram cloth - a mix of silk and wool - and was nicknamed "Old Grogram" or "Old Grog"), The Seven Seas (From ancient times refers to all the world's navigable waters and since the 19th century means the Arctic Ocean, North and South Atlantic Oceans, North and South Pacific Oceans, Indian Ocean and Antarctic Ocean), Shanty (Seafarers' song sung in rhythm to their work), Yawl (Small boat or dinghy typically hoisted at the stern and used mainly to ferry people to and from the ship) 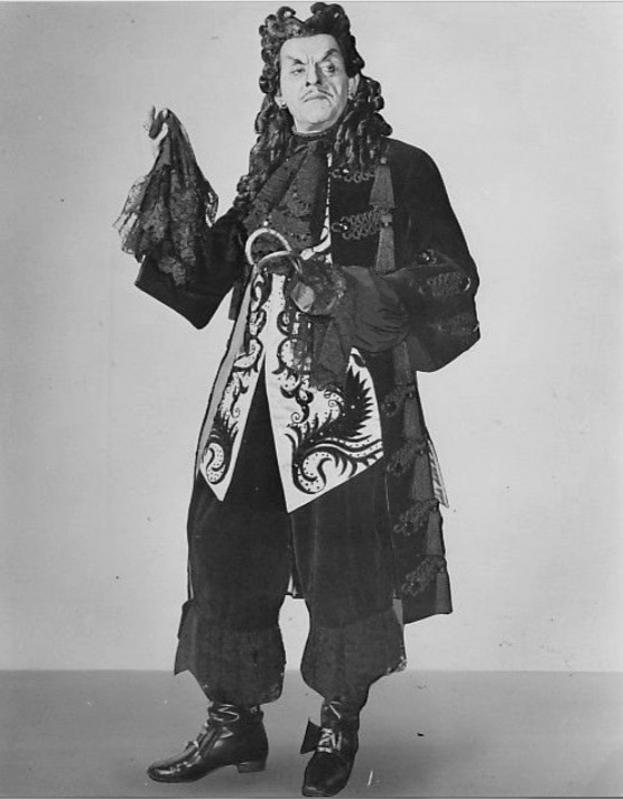 Tick-Tock will ne'er have the rest of me!

Though the hat passed from piracy to gangsterdom, the 'Hicks look' remained.

Ladies and gentlemen, neglect not the Egress.

All that remained of the crew were four severed fingers and a thumb. 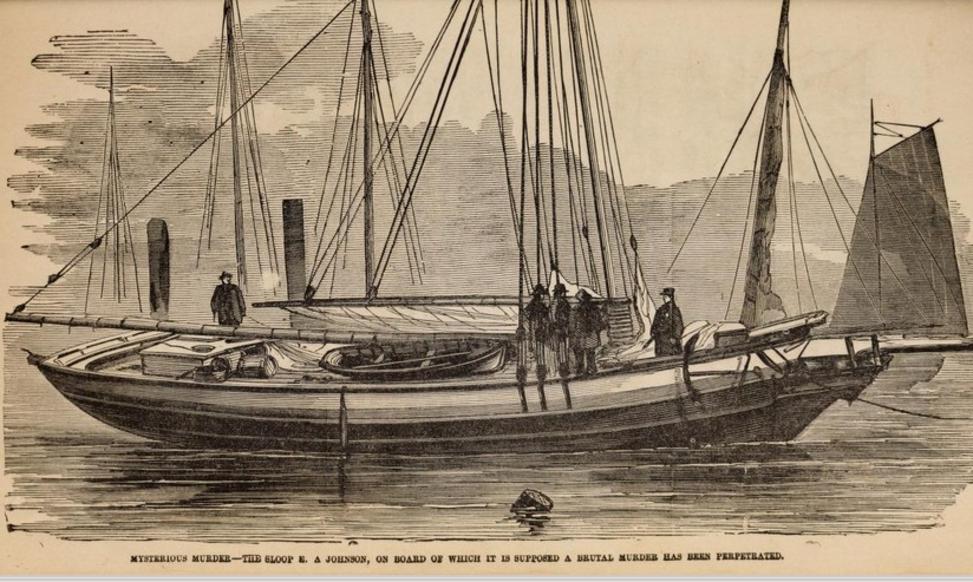 Hanging was the Bedloe's Island main attraction before the Statue of Liberty, with thousands witnessing the last public execution at Fort Wood (and in New York City) on that Friday the 13th. 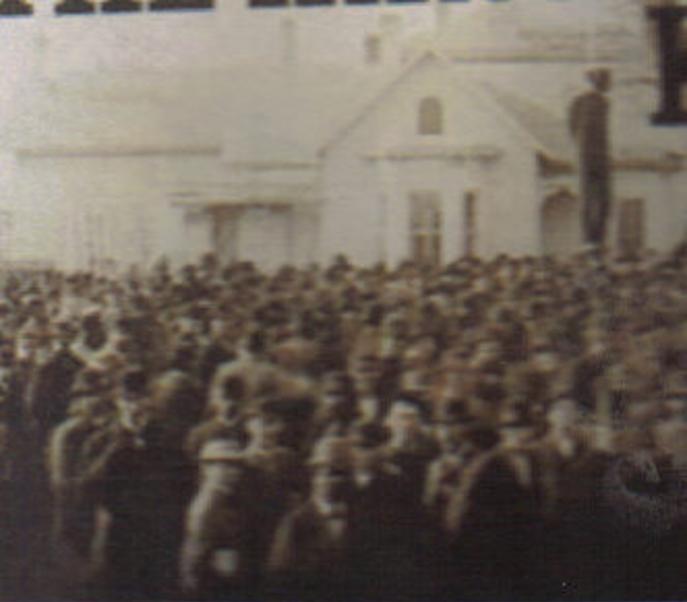 ​Beware of him in the monkey coat and Kossuth hat, for when a man is no longer with God all things are permissible.​ 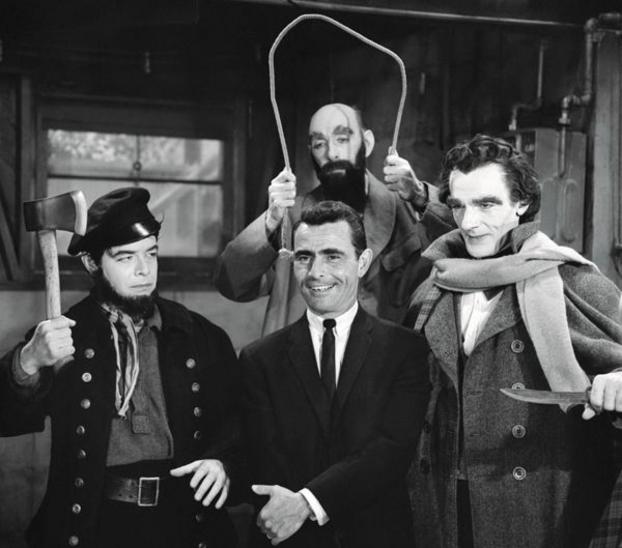 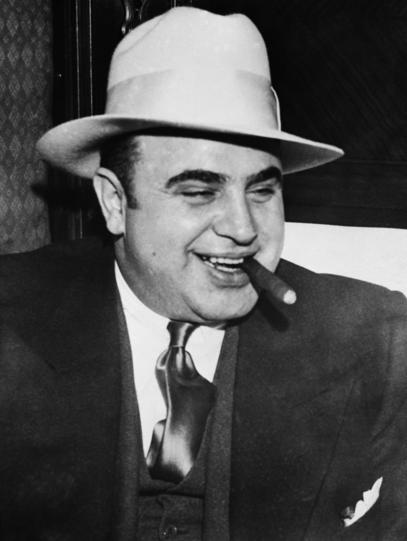 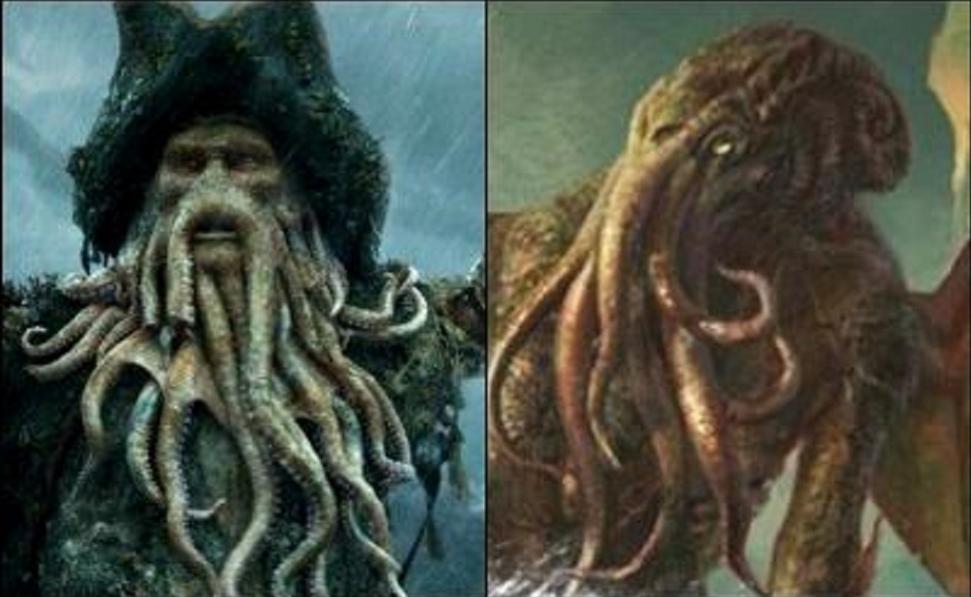 According to Herbert Asbury, author of the classic 1928 Gangs of New York , in an alternate narrative Hicks was the victim of a shanghai, going to sleep in a waterfront flophouse and waking up aboard the E.A. Johnson at sea. Hicks was quoted as saying "After I realized what had been done to me, how I'd been mistreated and taken from my wife and child, I determined to avenge myself by murdering all hands aboard." Hicks was a Freemason, his degree lost to history. 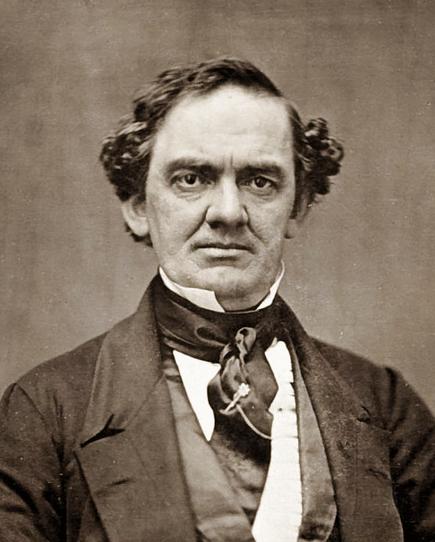 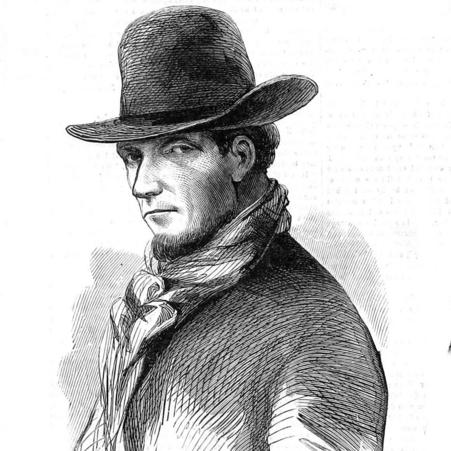 You get a gist of this tale in the first song, but for the whole story and a flavor of the times you need to read Rich Cohen's The Last Pirate of New York: A Ghost Ship, a Killer and the Birth of a Gangster Nation (2019). Check out his Tough Jews: Fathers, Sons and Gangster Dreams (1998) while you're at it, and learn about the canary who could sing but couldn't fly.