Grandson of Queen Victoria and eldest son of Prince of Wales Albert Edward (later King Edward VII), Prince Eddy (Clarence) was second in line to the British throne and first named in print as a suspect in Philippe Jullian's 1962 biography of Edward VII.  This theory received major public attention in a 1970 article appearing in The Criminologist  written by Dr. Thomas E. A. Stowell and titled Jack the Ripper - A Final Solution? . Stowell contended 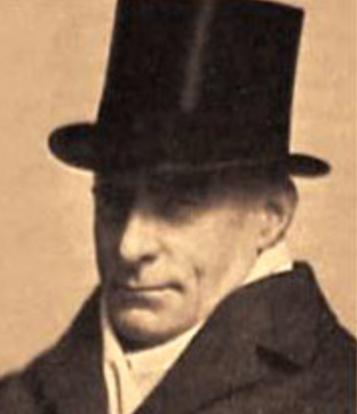 Mary Kelly, 25 - Friday November 9 - She was almost decapitated, intestines draped over a picture frame, nose cut off, her heart on a pillow, breasts and kidneys on the table, pieces of flesh (a pound perhaps?) sliced from her face and legs strewn about, discovered 10:45 a.m. in her room at 13 Miller's Court off Dorset Street in Spitalfields. 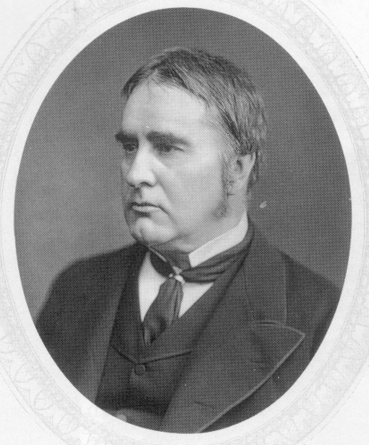 The Dear Boss  letter, postmarked September 27, 1888 was received by the Central News Agency and forwarded to Scotland Yard on 9/29.  It was the first use of the moniker that gained worldwide fame.  Prior to its publication the killer was known as Leather Apron after the arrest (and subsequent release) of a Whitechapel bootmaker named John Pizer.

O have you seen the devle with his mikerscope and scalpul a-lookin at a kidney with a slide cocked up.

The Metropolitan Police had jurisdiction everywhere in the Greater London metropolis except the City of London and reported to the Home Office. 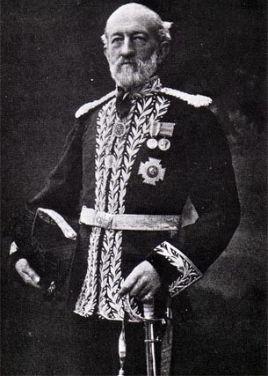 I was not codding dear old Boss when I gave you the tip, you’ll hear about Saucy Jacky’s work tomorrow double event this time number one squealed a bit couldn’t finish straight off. Had not got time to get ears off for police thanks for keeping last letter back till I got to work again.
Jack the Ripper

This is 1888 isn't it?  I knew I was Jack. Hats off I'm Jack, cunning Jack, quiet Jack.  Jack's my name. Jack whose sword never sleeps. Hats off I'm Jack, not the Good Shepherd and not the Prince of Peace.  I'm Red Jack, Spring-heeled Jack, Saucy Jack, Jack from Hell, trade name Jack the Ripper!

(from The Ruling Class  by Peter Barnes) 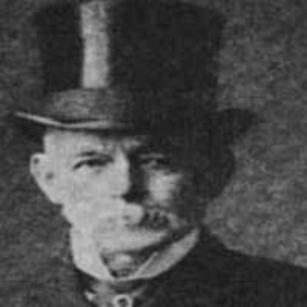 The From Hell  letter was received by George Lusk of the Whitechapel Vigilance Committee on 10/16 accompanying a small box containing Jack's gift.  Dr. Thomas Horrocks Openshaw of London Hospital determined after examination that the kidney was human and from the left side. 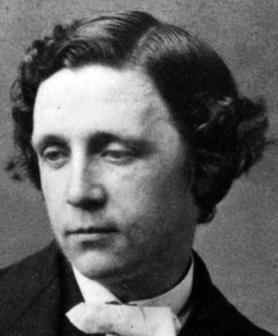 The canonical five were linked together in a 1894 document written by Sir Melville Macnaghten, then Assistant Chief Constable of Scotland Yard, positing these homicides were committed by the same person to the  exclusion of another six

First Baronet Sir Dr. William Gull - Physician Extraordinary to Queen Elizabeth, Physician in Ordinary to the Prince of Wales (who he successfully treated for typhoid fever in 1871) became a suspect in two separate theories: 1) he suffered from amnesic fits following a stroke in 1887 in which he often found himself covered with blood afterwards; and 2) he was charged with eliminating those knowledgeable about the Clarence / Crook marriage (including Mary Kelly). He would have also been responsible for the treatment (and concealment) of Clarence's syphilitic condition.

The Saucy Jacky  postcard was postmarked on 10/1 and received the same day at the Central News Agency. The handwriting was very similar to that in the Dear Boss  letter.

To learn more about  this blade wielding maniac you need to read  Jack The Ripper The Complete Casebook Study  by Donald Rumbelow (originally published in 1975) and  Jack the Ripper: The Casebook  by Richard Jones (first done so in 2008).

Was Sickert's 1906 painting  Le Lit de Cuivre  the artist's homage to Mary Kelly or, according to Patricia Cornwell in her 2002 book Portrait of a Killer, his graphically rendered confession to her slaughter? 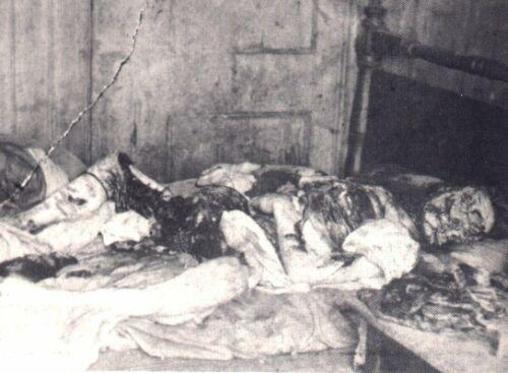 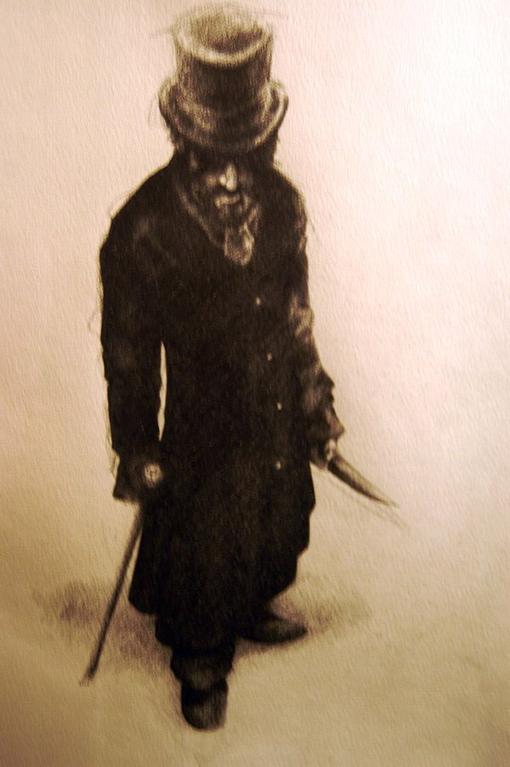 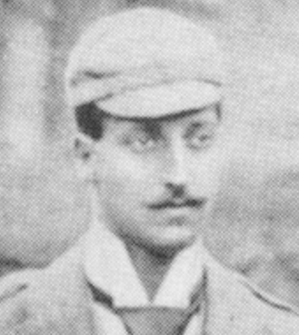 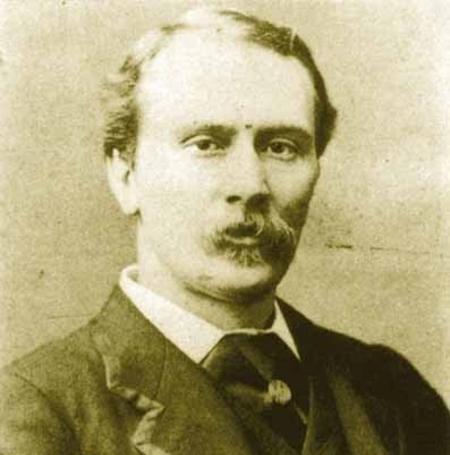 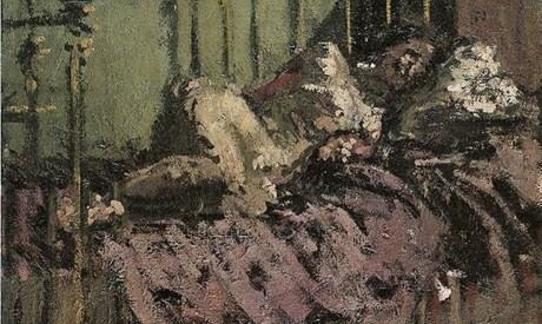 Perhaps influenced by Arthur Conan Doyle and his Sherlock Holmes mysteries, authorities enlisted the assistance of a police surgeon named Thomas Bond to examine the evidence and based on his medical experience draw conclusions as to the killer's personality.  By studying the stab wounds and mutilations on the bodies, Dr. Bond theorized the following in part: 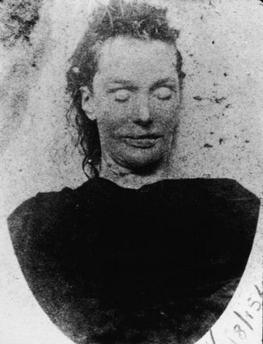 How do I get there from here?  Whitechapel  is a district in the East End of London in the London Borough of Tower Hamlets. It is roughly bounded by Middlesex Street and Mansell Street to the west, Fashion Street to the north, Cambridge Heath Road and Sidney Street to the east and The Highway to the south.  The area is close to the London Docklands. The East End of London  (or simply the East End) is an area east of the medieval walled City of London  (London also refers to the metropolis surrounding this center) and north of the River Thames with the River Lea  usually considered its eastern boundary  Spitalfields  was a parish prior to 1921 in the Borough of Tower Hamlets, partly in Central London and partly in the East End of London, near to Liverpool Street station and Brick Lane.

From hell
Mr Lusk,
Sor
I send you half the Kidne I took from one women prasarved it for you tother piece I fried and ate it was very nise. I may send you the bloody knif that took it out if you only wate a whil longer
signed
Catch me when you can Mishter Lusk 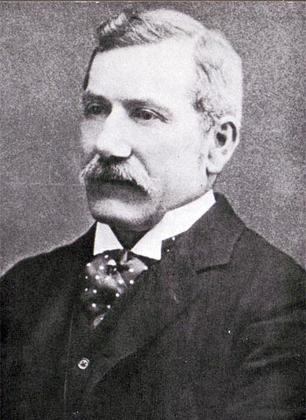 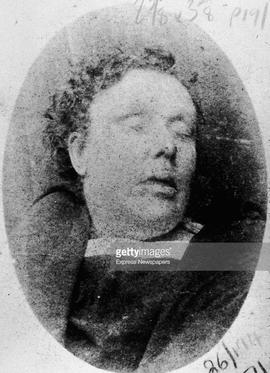 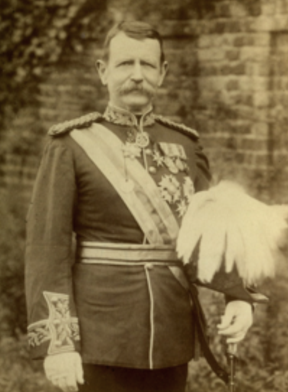 A Modest Contribution To Ripperology 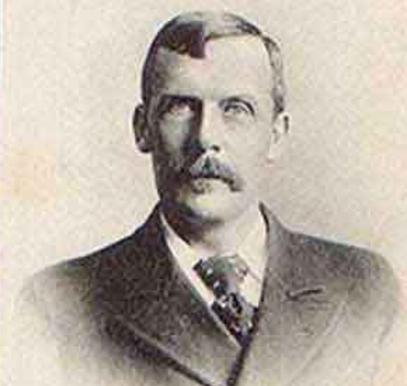 The crimes of Jack the Ripper make up one of the most famous unsolved murder cases of all time. Now, nearly 130 years after those gruesome murders cast a shadow over London, researchers believe they’ve uncovered the identity of their perpetrator. As the Telegraph reports, the claim is based on evidence from a diary that belonged to a Liverpool cotton salesman named James Maybrick in the late 19th century. In the diary, Maybrick describes killing six women - five in London’s East End where the Ripper's historic murders occurred and one in Manchester. He signed the 9000-word volume: "I give my name that all know of me, so history do tell, what love can do to a gentleman born. Yours Truly, Jack The Ripper." Jack the Ripper researchers have been aware of the document since it was discovered 25 years ago. While most experts have been hesitant to take it seriously, one team, led

The Long Arm
Of The Law
Aleister 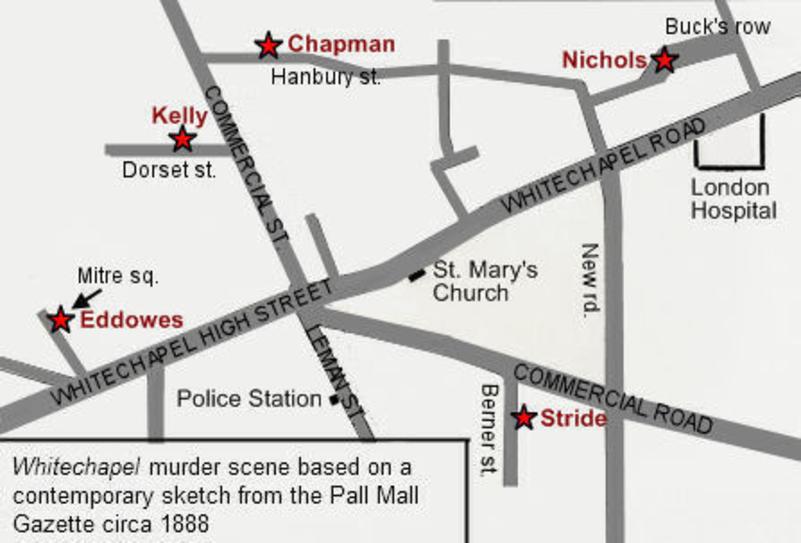 Play It All Night Long

Among the usual suspects

that Clarence committed the murders after being driven mad by syphilis.  The case against this is that the onset of paresis usually occurs 15 to 20 years after the time of infection with symptoms manifest two to three years before death.  Officially Clarence was a victim of the great flu epidemic that swept through Europe in 1892, dying of pneumonia at the age of 28.  In Stephen Knight's 1976 book  Jack the Ripper: The Final Solution  the Duke of Clarence was indirectly held responsible for the canonical five's deaths because of his secret marriage to a Catholic working class girl named Annie Crook and by a conspiracy of the Royal Family, Prime Minister Lord Salisbury, Freemasons and the Metropolitan Police to eliminate anyone who knew about the union and the daughter Alice (born 1885) it produced.

Another country heard from . . .

Elizabeth Stride, 44 - Sunday September 30 Her throat was cut once on left side (Jack may have been interrupted by a passerby and took off), discovered at 1 a.m. off Berner Street in Whitechapel.

John Tenniel's Blind-man's buff  drawing appeared in the 9/22 edition of Punch magazine lampooning the futile efforts of the constabulary in apprehending the killer.  He also illustrated Carroll's works.  Did he harbor any suspicions about his former collaborator? 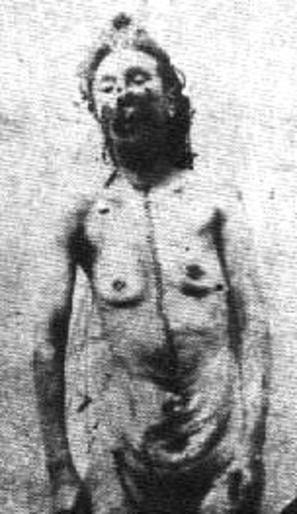 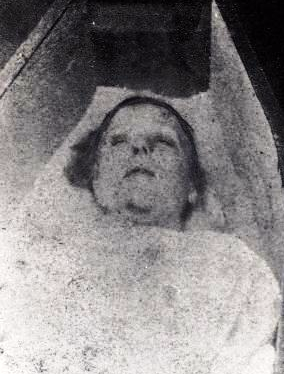 The 'Evil Quarter Mile' was the area to the east and west of Commercial Street including Thrawl, Flower, Dean and Wentworth Streets, where the dregs of Victorian society were crammed into slum dwellings.  The largest providers of accommodation were the Common Lodging Houses, renting by the bed.

During the winter of 1887-8 Frederick Charrington, heir to the brewing dynasty, waged a one man campaign to rid the East End of vice. He was successful in closing over 200 brothels, which he called 'the foulest sinks of inquity'. The low class prostitutes (known by reformers as 'unfortunates') who were afforded some safety in the whorehouses were now forced to ply their trade on secluded streets and in back alleys, where the Whitechapel Murderer also plied his.

The murders of Stride and Eddowes are known as the Double Event. 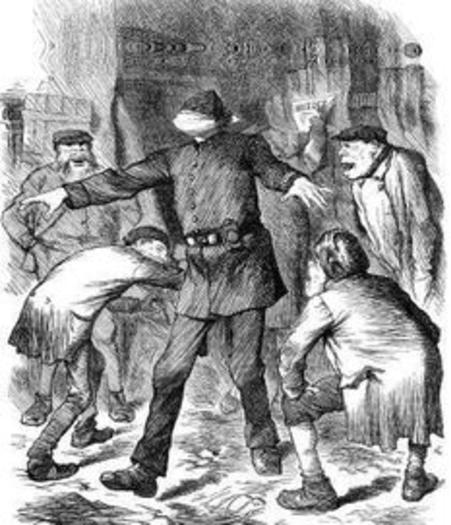 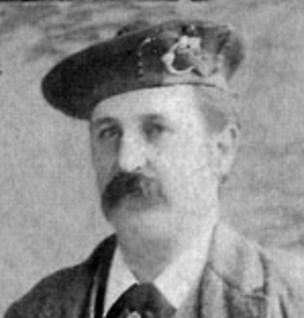 The author of Alice's Adventures in Wonderland  and Through the Looking-Glass  was named as the killer by Richard Wallace in his 1996 book Jack the Ripper, Light-Hearted Friend   based on anagrams derived from passages in Carroll's work.

I keep on hearing the police have caught me but they wont fix me just yet. I have laughed when they look so clever and talk about being on the right track. That joke about Leather Apron gave me real fits. I am down on whores and I shant quit ripping them till I do get buckled. Grand work the last job was. I gave the lady no time to squeal. How can they catch me now. I love my work and want to start again. You will soon hear of me with my funny little games. I saved some of the proper red stuff in a ginger beer bottle over the last job to write with but it went thick like glue and I cant use it. Red ink is fit enough I hope ha. ha. The next job I do I shall clip the ladys ears off and send to the police officers just for jolly wouldn't you. Keep this letter back till I do a bit more work, then give it out straight. My knife's so nice and sharp I want to get to work right away if I get a chance. Good Luck. Yours truly
Jack the Ripper

PS Wasnt good enough to post this before I got all the red ink off my hands curse it No luck yet. They say I'm a doctor now. ha ha 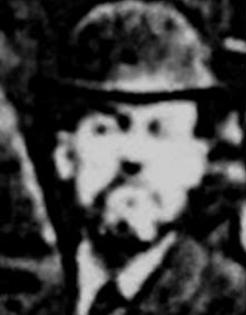 Dossers and daughters of joy they were.

Colin Wilson opines in his 1984 masterpiece  A Criminal History of Mankind  that Jack's enduring legendary status is due to never being caught.

by Withnail & I  writer and director Bruce Robinson, now believes it can prove the diary’s authenticity. The team was able to trace the book back to Maybrick’s former home in Liverpool, which challenges the idea that the account was forged long after the killing spree took place. Maybrick, an affluent merchant who lived on a estate called Battlecrease House, died in 1889, one year after the last murder attributed definitively to the Ripper. According to the research team, the diary was recovered from beneath the floorboards of his mansion by a group of electrical workers in 1992. From there it fell into the hands of Mike Barrett, a former scrap metal dealer from Liverpool, who kept the origins of its discovery a secret in order to avoid legal repercussions. Suspects including H.H. Holmes​ and a former royal obstetrician have been accused of committing the brutal acts of 1888. The diary, which contains intimate details of the murders, could be the most damning piece of evidence in the century-old murder case if it is indeed authentic.  The transcript of the diary was first published in 1993 by Robert Smith. The follow-up to that discovery, 25 Years of The Diary of Jack the Ripper: The True Facts  by Robert Smith, will be released with the new research on September 4.